Here is a link to the NPR interview with Frank Miller:
http://www.npr.org/templates/story/story.php?storyId=4704766 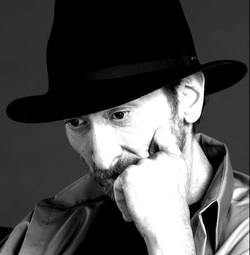 Courtesy of Frank Miller (twitter.com)
Frank Miller is an American writer, artist and film director best known for his film noir-style comic book stories. He is one of the most widely-recognized and popular creators in comics and is one of the most influential comics creators of his generation. His works include BATMAN The Dark Knight Returns, BATMAN: THE DARK KNIGHT STRIKES AGAIN, ALL STAR BATMAN & ROBIN, THE BOY WONDER, Sin City, and 300.

"Frank Miller was one of the forefathers of the Modern Age of comics, with books like  Batman: Dark Knight Returns, among others..." 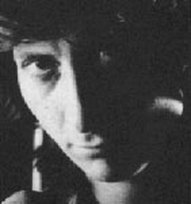 Courtesy of MoebiusGraphics.com
Miller was born January 27, 1957 in Olney, Maryland. He was the fifth child out of a total of seven. His mother was a nurse and dad a carpenter/electrician. He grew up in Montpelier, Vermont. Like many others in the comic and fantasy world, he was a dreamer and felt maladjusted in his early years. He once said that he stopped reading comics in his early teens and re-adjusted himself to the 'real world' by reading thrillers and watching movies.

Besides being an accomplished and distinguished writer, artist, and storyteller, Frank Miller is also one of a handful of creators who is known and recognized outside of the comic book industry. He is outspoken and does not hesitate to give praise to people who are putting out a good product. And as Marvel will testify, he is not afraid to speak out against people who he believes are hurting the industry.

Miller has done work for all of the major publishers in the comic industry and has won many awards for his work.