Batman is has been a well-known figure in comics, movies, animated series, video games, and pop culture in general.  The bat symbol is an image that most people can instantly recognize. 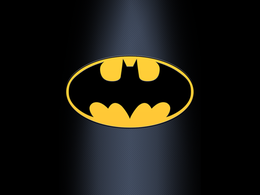 DC Comics
Batman, much like society, has gone through some radical changes throughout the years.  He has been everything to a kid friendly super hero to a very dark and gritty figure that was more realistic to the common person.  He has been called a hero, vigilante, detective, menace, crime fighter, avenger, and many other titles…but why is has this Batman lasted so long?

Created by Bob Kane, he debuted in 1939.  It was the era of the great depression, and crime was abundant.  Since then, writers that have used him have added their own spin on him and taken creative license.  He does not have “super powers” like Superman, but depends on more brains and brawn.  This makes him a more believable character.  He also has more traits that we can all relate to, like fear, trauma, feelings of revenge, a calling to act, and tragedy.

Below is a video named “Batman Unmasked” that goes into more detail on the topics I touched on.  Enjoy!


*All images belong to Frank Miller and/or DC Comics.