Below are the characters listed throughout the graphic novel and short description. 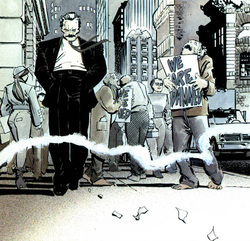 The now 55 year old million heir, whose parents were murdered in Crime Alley. 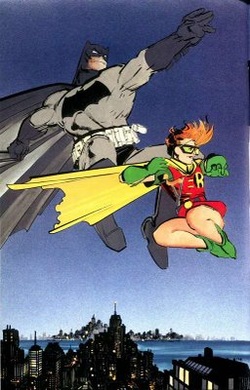 The protector of Gotham, who has been absent for ten years.

A a 13-year-old girl, who is a gymnast.  She becomes the fourth Robin, Batman's sidekick. 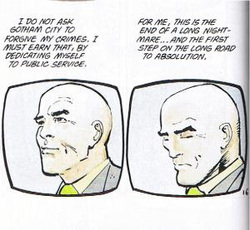 Harvey Dent, who is also the notorious Two Face, is released from Arkham Asylum after plastic surgery.  Both side of his face are healed, but it appears that his mind may not be... 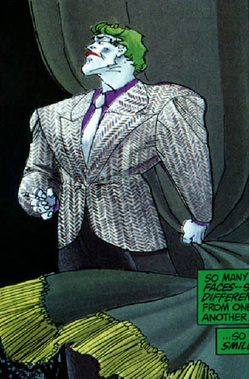 Batman's archenemy, who awakens from a catatonic state when the Batman reappears. 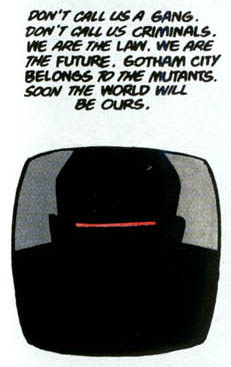 Head of the Mutant Gang, comprised of teenagers, that terrorizes Gotham City. 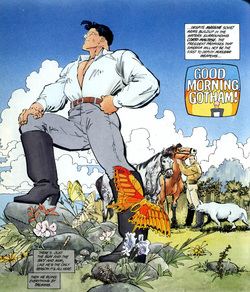 The news reporter by day, and Superman by night or when he is needed by the president. 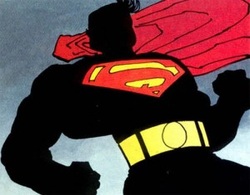 The man of steel who has America's best interest at heart. 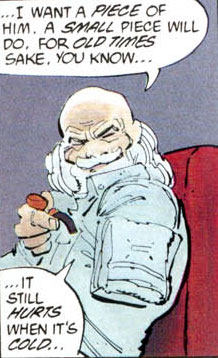 A rebel against a government that bans superheros, and an amputee that blames Superman for the mishap.  He draw his arrows with his teeth due to a missing arm. 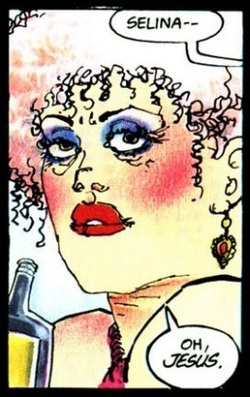 She, too, has aged and retired from being Catwoman.  To earn a living, she is the madame of an escort service in Gotham 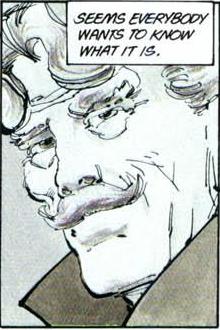 The Commissioner of the Gotham City Police Department, who is forced into retirement due to his age.  He knows of Batman's dual identity, and collaborates with him.  Ellen Yindel will take his position. 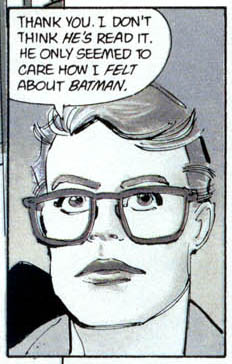 The woman who takes Gordon's place as Commissioner of the Gotham City Police Department.  Her first act of business is arresting the Batman.

The now eighty something, long faithful butler and medic to Bruce Wayne who also know of his secret identity.  Alfred also serves as the comic relief.